Recently, more Americans are having heated discussions about Critical Race Theory (CRT). Critical Race Theory has popped up on the news, in school board meetings, and even as a campaign issue in last week’s Virginia Governor’s race. While opponents paint CRT as an educational evil, many in the academic world would say those opponents are misunderstanding, in some cases willfully, what critical race theory actually is.

It is a lens by which to view history.

One local voice that has entered this challenging conversation is the Athens Anti-Discrimination Movement (AADM) which is holding an 8-Week Series of Educational classes designed to teach K-16 Educators how to teach about Racism, Slavery, and other challenging topics in Georgia classrooms. WUGA's Alexia Ridley sits down with Amelia Wheeler, co-facilitator of the series and a phD student in social studies education at the University of Georgia.

Martin Matheny
Martin Matheny is WUGA's Program Director and a host and producer of our local news program 'Athens News Matters.' He started at WUGA in 2012 as a part-time classical music host and still hosts WUGA's longest-running local program 'Night Music' which is heard on WUGA and GPB Classical. He lives in Normaltown with his wife, Shaye and dog, Murphy.
See stories by Martin Matheny 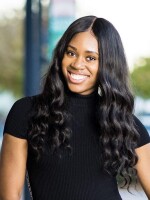