The Town & Gown Players celebrates their 70th season, and starting things off is the Tony-nominated musical *Sister Act* by Cheri and Bill Steinkellner. Based on the 1992 film, Sister Act premiered on Broadway in 2010 and features original music by Tony and Oscar winning composer Alan Menken. WUGA's Michael Cardin spoke to lead actor Tia Braswell and director Harriet Anderson about the show. 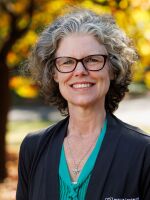 Robin Whetstone
Robin Whetstone is a local writer and storyteller who loves Athens, cats, and podcasts. She came to WUGA in 2018 to serve as our Operations Assistant, checking programs for broadcast and assisting the Operations Director with day-to-day scheduling and technical processes. She is now Senior Content Producer, and she reports for Athens News Matters, is the local host for All Things Considered and the Georgia Health Report.
See stories by Robin Whetstone 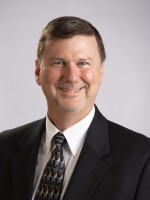 Michael Cardin
Michael Cardin first joined WUGA in 1991 as a part time announcer/producer. In 1997 he accepted a position at Peach State Public Radio (now GPB), hosting statewide broadcasts in the evenings, and assisting in the production of various network programs. After leaving radio for a short period, he returned home to WUGA in 2000. In 2004, Michael accepted the position as WUGA’s Production and Operations Director. He is a member of the Association of Public Radio Engineers, and is a winner of the Georgia Association of Broadcasters Award (GABBY) for Best Station Produced Non-News Program, and Merit Award co-recipient for Public Service, and Best Election Coverage. Michael has also served as a screening committee member judge for the George Foster Peabody Awards, and was a member of the broadcast team for the Georgia Bulldogs Radio Network. Since 2018, Michael has served on the Clarke County Career Academy AV Technology and Film Advisory Board.
See stories by Michael Cardin