Arrest made in Nov. 6 shooting

The Athens-Clarke County Police Department has made an arrest in relation to the Nov. 6 non-fatal shooting that occurred in the area of Clayton Street and Jackson Street.

On January 23, 23-year-old Ronnie Smith was arrested and charged with aggravated assault and possession of a firearm by a convicted felon.

In regard to the Nov. 6 shooting, ACCPD was notified at 1:08 a.m. that a 20-year-old male was hospitalized with a nonlife-threatening gunshot wound. This is one of several shootings in the area in recent months. 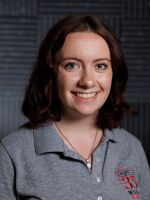