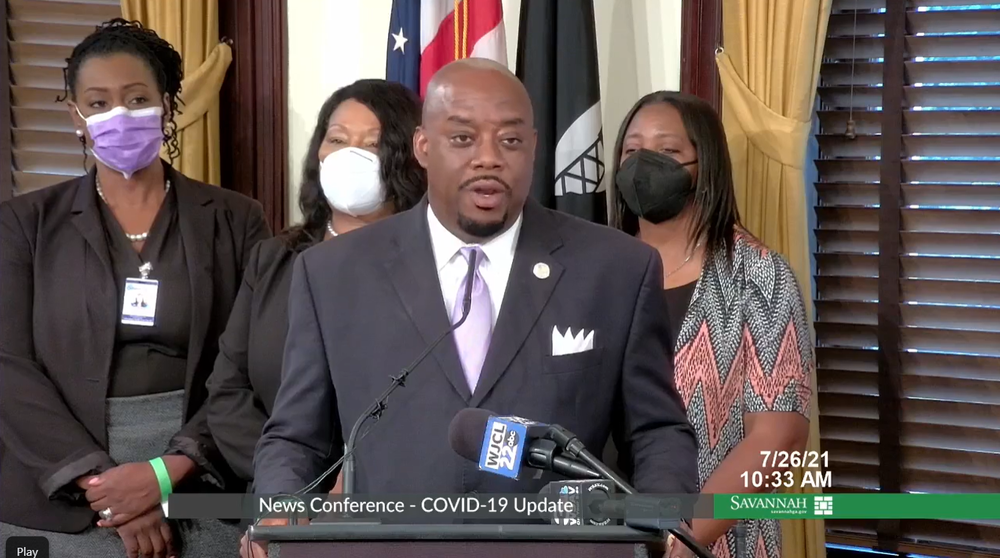 Savannah Mayor Van Johnson addressed the public on July 26, 2021 to announce he is reissuing mask mandates in indoor public places and city buildings.

Tuesday on Political Rewind: Cases of COVID-19 are again rising across the state, propelled by the dangerous Delta variant. In response, Savannah Mayor Van Johnson again issued a mask mandate for his city. Addressing the public yesterday, he warned rates of transmission are rising around Savannah and in neighboring counties.

"Chatham County is now considered high and highly likely to increase during the coming days and weeks," the mayor said.

Johnson was the first to impose a mask order as the pandemic took hold last year. His action now could spark other communities to assess their own measures for stopping a major coronavirus surge

But first, voting rights advocates remain concerned Republican legislators are angling to use Georgia’s new voting law to take over Fulton county’s elections. However, critics of past chaos in the county’s elections say change is needed. Our panel weighed in.