Athens News Matters: The Monsters Are Due on Broad Street

The monsters are on full display at the Georgia Museum of Art’s exhibit ‘The Monsters are Due on Broad Street: Patrick Dean,’ celebrating works by the comic artist who worked at Flagpole from 1997 to 2006.  Hillary Brown is director of communications at GMOA, and as a huge fan of Dean’s work, also curated the exhibit.  She based the title of the exhibit on an episode of "The Twlight Zone" titled "The Monsters Are Due on Maple Street" in which a neighborhood on Maple Street loses power and residents begin to suspect each other of foul play.  As it turns out, humanity's self-destructive nature is the real monster in this episode.  Brown says she felt this an apt title for the exhibition of Dean's work because his subject matter tends toward representations of 'monsterly' humans and anthropomorphic monsters.

Patrick's tenure Flagpole Magazine resulted in many unique covers and comics over the years and Brown said that the timing of this exhibit is significant.  In 2018, Dean was diagnosed with amyotrophic leteral sclerosis (ALS), also known as Lou Gehrig's disease, and the illness has taken its toll on the artist.  Brown said, "It seemed like we needed to do something fast...not as a memorial, but as a way to show Patrick that we still care about him in Athens."

The exhibition is housed in the Alanozo and Vallye Dudley Gallery at the museum and is a showcase of works from Dean's studies at UGA, his work at Flagpole, his comics and works post-diagnosis.

Patrick regards his disease as a catalyst for his own 'monsterly' transformation.  Much of his most recent pieces are both victorious and a little gloomy.  The artist is now forced to communicate with the help of a computerized speech device.  I emailed him to ask about how the disease has changed the way he works and he said:

“I knew my artwork wouldn’t be consistent because of the nature of the disease so I began being personal and open about this illness. My fine motor skills were going downhill and lost the control I used to have, but it made me concentrate harder and slowed my drawing time.  Over the past year it’s resulted in a new style.”

Included in The Monsters Are Due on Broad Street: Patrick Dean are some of his sketch books and a few of his drawings post diagnosis.  Hillary Brown said that "Frankenstein," in which Dean depicts himself as the monster, is important because it not only shows the influence of Jack Davis' work in Dean's career, but it is also an indication of how Dean feels a bit out of control due to his diagnosis.

Patrick remains upbeat and continues drawing.  He said, "Having a terminal illness has freed me up for drawing whatever I want.  I don't have to hustle and impress anyone anymore."

The exhibition closes with a video of the artist drawing now.  It's a much slower process, but it's evident that Dean is dedicated to continuing to create.

The Monsters Are Due on Broad Street: Patrick Dean is on view through March 29, which incidentally, is the weekend of the annual Fluke festival – a mini comics and ‘zine festival which Patrick Dean and Robert Newsome have organized since 2002. 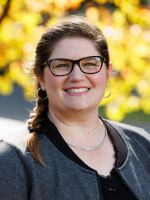