Historians and activists hoping for access to grand jury testimony related to Walton County’s unsolved Moore's Ford lynching did not get the progress they were hoping for.

The Moore's Ford lynching occured on July 25, 1946 near the Moore's Ford Bridge outside of Monroe, Georgia. An unmasked white mob brutally tortured and murdered four young black people - George Dorsey and his wife Mae Murray Dorsey along with Roger Malcom and his wife Dorothy Dorsey Malcom who was 7 months pregnant. This tragedy is considered to be the last mass lynching in America and remains unsolved to this day.

GPB’s Grant Blankenship talks about the latest developments in a 75-year-old tragedy. 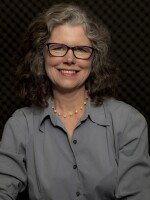 Robin Whetstone
Robin Whetstone is a local writer and storyteller who loves Athens, cats, and podcasts. She came to WUGA in 2018 to serve as our Operations Assistant, checking programs for broadcast and assisting the Operations Director with day-to-day scheduling and technical processes. She is now Senior Content Producer, and she reports for Athens News Matters, is the local host for All Things Considered and the Georgia Health Report.
See stories by Robin Whetstone
Related Content