The arguments came in a court filing Tuesday as Graham challenges a subpoena compelling him to testify before a special grand jury in Georgia that’s investigating Trump and his allies’ actions after the 2020 election.

Graham was one of a handful of Trump confidants and lawyers named in petitions filed last week by Fulton County District Attorney Fani Willis.

“Senator Graham has never inserted himself into the electoral process in Georgia, and has never attempted to alter the outcome of any election,” Graham’s attorneys wrote Tuesday in court papers filed in South Carolina. “The talk was about absentee ballots and Georgia’s procedures.”

But, Georgia Secretary of State Brad Raffensperger, who received at least two phone calls from Graham, told the Washington Post that Graham asked him if he could reject some absentee ballots. Raffensperger said that he interpreted Graham's question as a request to disqualify legally-cast ballots.

“What I’m trying to do is do my day job,” Graham said in a statement provided to The Associated Press on Wednesday. “If we open up county prosecutors being able to call every member of the Senate based on some investigation they think is good for the country, we’re opening Pandora’s Box.”

COVID cases shut down Oconee Library for the weekend

The Oconee County Library will be closed this weekend because of a staff shortage created by a COVID-19 exposure.

A spokesperson for the library says some of the staff had been exposed to the virus and library staff is being extra careful to avoid further spread. While the library will be closed July 16-17, weekday hours will run from 10 a.m. to 6 p.m.

Those counties include Cobb, Paulding, Coweta, Douglas and Spalding counties in metro Atlanta, and several counties in far south Georgia near the Florida border. Counties in the greater Athens area are considered low levels of transmission.

The CDC reports the fast spreading omicron subvariant known as BA.5 has recently become dominant among new cases in the U.S., with federal health officials saying it now accounts for 66.5 percent of all new infections in Georgia and other states in the south.

BA5 is considered more infectious but does not appear to cause more serious illness. 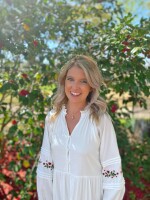