The University of Georgia spent a record-breaking half a billion dollars -- $546.7 million -- on research and development in fiscal year 2022. 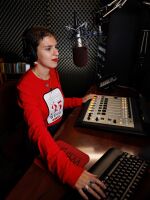