Political Rewind: Welcoming (And Supporting) Refugees Amid The Chaos And Heartbreak Of Resettling

A pair of Afghan women look at the skyline of Kabul, Afghanistan, in September 2020. Credit: Rahmat Gul / AP

Thursday on Political Rewind: Chaotic scenes of Afghans trying to flee their country now under Taliban control have stung the consciences of people around the world. And while the fate of many of the desperate Afghans remains uncertain, some will find their way out of the country and become refugees in the United States and here in Georgia.

In response to the crisis, President Joe Biden declared emergency procedures for processing special visas and expanding refugee limits to take in those fleeing Afghanistan. In Georgia, Gov. Brian Kemp said the state will accept some Afghans.

Our panel discussed the complicated regulations that may pose a barrier for helping those looking to escape to America, and at the political implications of accepting refugees. 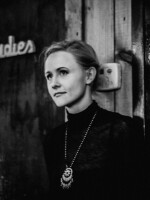