Political Rewind: Getting back to the budget under the Gold Dome

Dawn breaks outside the Georgia Capitol Jan. 10, 2022, on the morning of the first day of the legislative session. Credit: Riley Bunch, GPB News

1. Lawmakers return to the capitol to tackle the proposed $30.2 billion dollar budget.

2. Future of Medicaid in Georgia is up in the air.

Political organizer Leo Smith said some opposition to a federal expansion of Medicaid in Georgia stems from a institutional distrust of Congress.

NEW: Mayor @andreforatlanta will speak on the floor of the state House today shortly after 10 a.m.. @SpeakerRalston Ralston invited Dickens to address the chamber, which is a tradition for ATL mayors that it looks like Ralston is sticking with. #gapol https://t.co/2cz047lVDw

One of the highest-ranking Republicans in state politics, Speaker David Ralston, joins us to talk about what to expect from the 2022 General Assembly session. 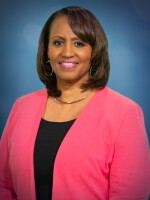